It is becoming more challenging to be a telco. 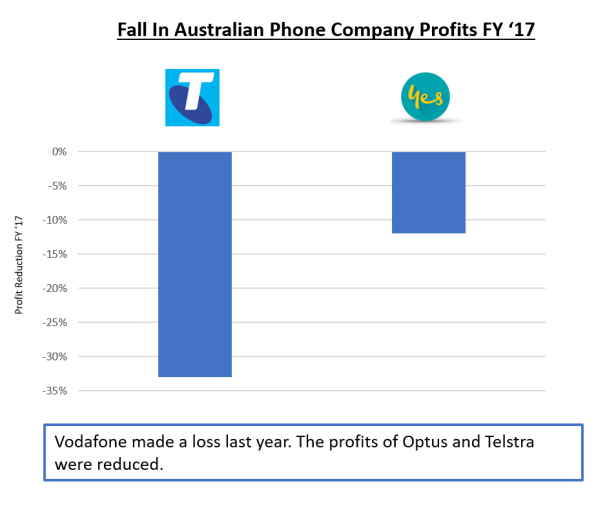 The bigger Australian telcos are, as always, caught in a fight for customer acquisition and retention. Allen Lew, CEO of Optus, spent A$160 million on the EPL – The English Premier League. Users pay $15 a month on selected higher-end Optus mobile plans to see the content. (There are other ways you can buy access, too.)

Telstra’s CEO, Andy Penn, replied by making his own, more significant, content assets – including the rights to the AFL, NRL and Basketball – free to use for his customers on his network. Telstra now offers this content ‘data free’ to their customers.

Recent primary research and analysis I’ve been involved with seem to suggest that both approaches (the purchase of content by both sides) are ineffective.

The big Australian Telcos are part of an Oligopoly

An oligopoly is an industry which has only a few big companies.

Oligopolies are somewhere between monopolies and perfect markets. Managers in oligopolies have to be aware of the decisions their ‘rivals’ are making. They are part of a small group of competitors, and each must consider the potential response of their counterparts before doing anything. 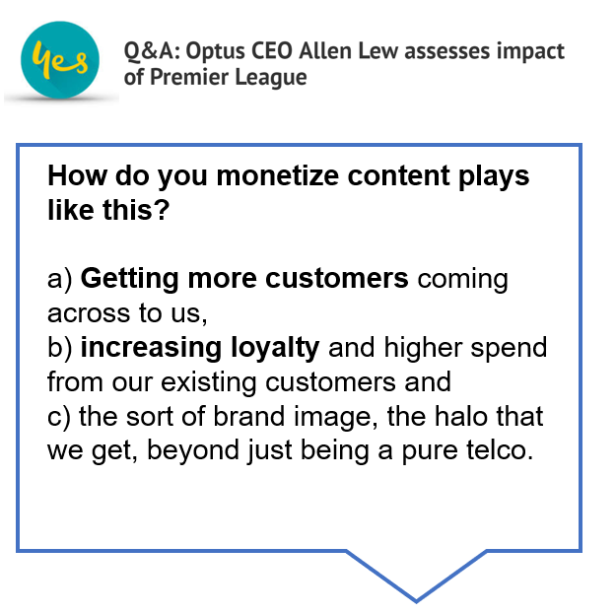 Content in phone plans is not a new idea

The idea of providing value-adds on top of carriage and charging for them as a service fee in telco is not new.

Telstra already had the rights to the AFL and NRL through their Foxtel stake. 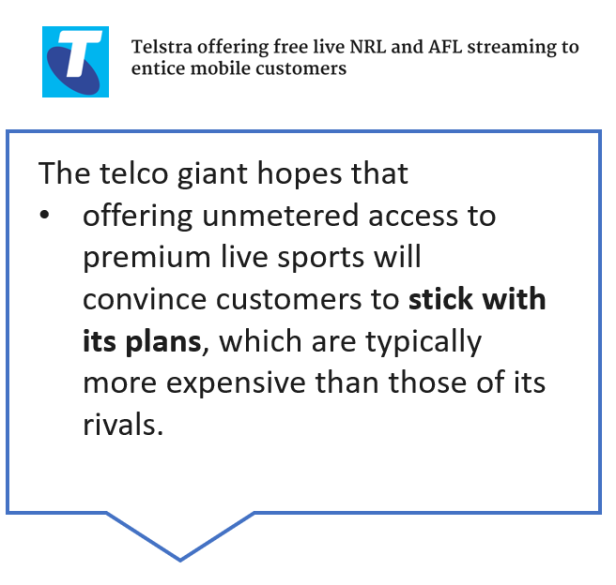 Where this puts the major phone companies

Here’s Porter’s critical view of strategy and where Optus sits as a result of their decision. 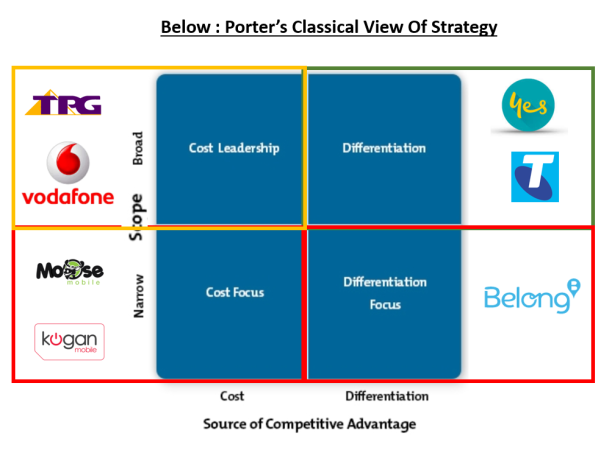 Some reasons content is not a good strategy in my view

Australia appears to be an oligopolistic market for phone services because of a lack of information about alternatives among the general public. There are around 50 phone companies in Australia, but not many people realise that. 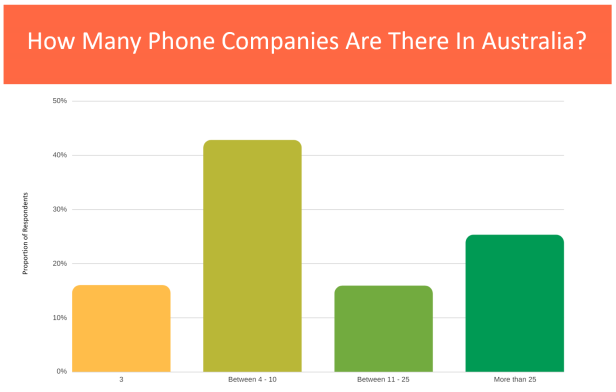 It is the other 47 telcos in Australia, the red rectangle in the Porter slide above, which represent the threat to Optus. In the next article, I offer a view on what is happening in the real world of customers, suggesting a platform which creates a growing problem for Optus that content won’t solve. In short, people don’t want content in their phone plans. They want fairness – something Belong is offering, and TPG may provide soon too.